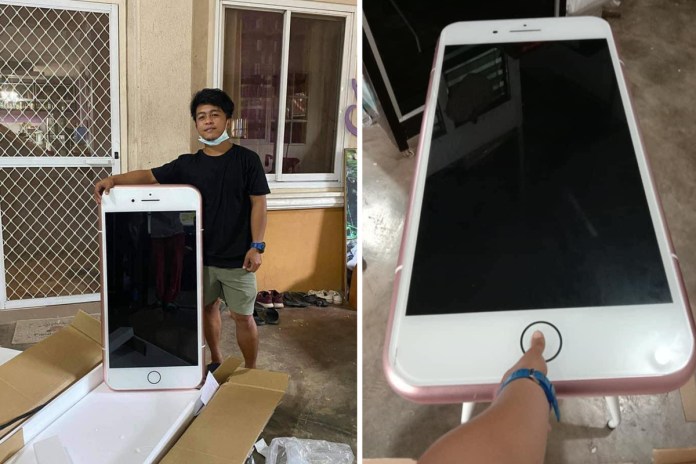 What a strange surprise: This is not how this teenager had imagined his new cell phone to be. And he was so happy about it.

Thailand – What a strange surprise: So he had his new one Handy but not presented …

After ordering an incredibly cheap iPhone online, a teenager from Thailand couldn’t believe his eyes when it finally arrived.

The parcel carrier was standing in front of the door with a gigantic parcel.

How superfluous! So much packaging wasn’t necessary for a tiny smartphone.

But wait a minute. Was it a cell phone at all? Or did the young man make a tiny mistake?

And he was so happy to have got hold of the beloved Apple product for such an unbeatable price.

Even though he had already noticed when buying the phone that the shipping costs were unusually high, the young man thought nothing further. The few pennies or not would make no difference anymore – right?

When his order arrived a few days later, however, the Thai was amazed.

As the British tabloid magazine Daily Star reported, the buyer later had to admit that he had not looked at the details of his order too carefully. He was simply too blinded by this fantastic low price for that!

The curious story quickly became a mega-hit online after the teenager posted pictures of his shopping failure on Facebook.

Unfortunately, it is not known whether he has now sent the table back or whether the iPhone is now adding a stylish touch to his apartment.

But his bad buy always caused countless laughs. And no one will buy a cell phone that quickly without reading the fine print carefully!

Cyberpunk 2077 could lead to a class action lawsuit against CD...

Embarrassing mishap in Paris: police consider Haribo strawberries to be a...