Baby Lucas caused a stir with Zara Phillips and Mike Tindall: The little one was surprisingly born at home. Fortunately, Zara’s friend Dolly Maude was there.

With his birth on March 21, the little Lucas Queen granddaughter made Zara Phillips (39) and husband Mike Tindall (42) happy parents of three. The little angel and his mom are doing well and are recovering from the hardships of the birth. Because this delivery went completely different than planned: Instead of in a well-equipped hospital, Zara gave birth to little Lucas on the bathroom floor at home. Zara and Mike didn’t have time to go to the hospital. Your Lucas was apparently in a hurry to finally get to know his family and gave birth to a true lightning bolt. Fortunately, Dolly Maud, a good friend of Zara Phillips’, was there to help bring baby Lucas into the world safe and sound. But who is the delivering obstetrician?

Pure romance! Sparks fly between Zara Phillips and Mike Tindall. You can see the enchanting shots in the video below.

With four-time mom Dolly Maude, Zara Phillips had a true power woman by her side. The birth of little Lucas is not the first time Dolly has given birth. Dolly is a trained maternity nurse and knows everything about childbirth very well. No wonder that it was important to Zara to have her experienced confidante by her side during their births. Because even during the birth of her two daughters Mia (7) and Lena (2), Dolly was there to support her friend. With Dolly on one side and husband Mike Tindall on her other side, Zara handled her three births excellently, even if things didn’t always go according to plan.

Baby happiness with Zara Phillips and Mike Tindall! In the video below you can see the first picture of the Queen’s granddaughter (94) after the sweet announcement Pregnancy News.

For Zara Phillips and Mike Tindall, the three births of their children Mia, Lena and Lucas were real moments of happiness. Zara can always count on the support of her husband. But the former rugby professional revealed in the podcast “The Good, The Bad and the Rugby” with a smile that Dolly Maude is more important than him: “Fortunately, Zara’s friend Dolly is there. She is actually more important than me, since it was secured that she was there for all three of my children’s births. She was there and realized that we would not have got to the hospital in time. So it was: run to the studio, get a mat, go to the bathroom, have towels ready and then leave it going “. The likeable triple dad takes the chaotic birth of his youngest with humor and underlines how important Dolly’s presence was during the lightning delivery. Zara, Mike and Dolly: a true birth dream team!


Zara Phillips & Mike Tindall
You have a little brother! This is how her daughters greeted Baby Lucas
A cute addition to Zara Phillips and Mike Tindall! Her family’s reactions to the sweet baby news are gorgeous.

Zara Phillips: That connects you with friend Dolly

Zara Phillips and Dolly Maude have already gone through thick and thin together. In 2003, the two even lived together for a short time after Zara separated from her ex-fiancé Richard Johnson. Dolly should have been pleased that her friend Zara found her love happiness in Mike Tindall. At the couple’s wedding in 2011, Dolly was even present as a maid of honor. The two mothers also share their passion for horses. While Zara herself worked as a professional rider, Dolly ran a company that rehabilitated injured racehorses. With her husband and former jockey Chris, Dolly has a man by her side who shares a love for horses with her and Zara Phillips. Today, Zara and Dolly live close together with their families and are still deeply connected.

You have a little one Brothers! Zara Phillips’ and Mike Tindall’s daughters Mia and Lena are also happy about the addition to the family. You can see how cute the two naughty badgers are in the video below. 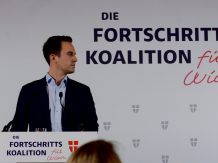 Doll, calculator, storage media – the booty of the child molester...