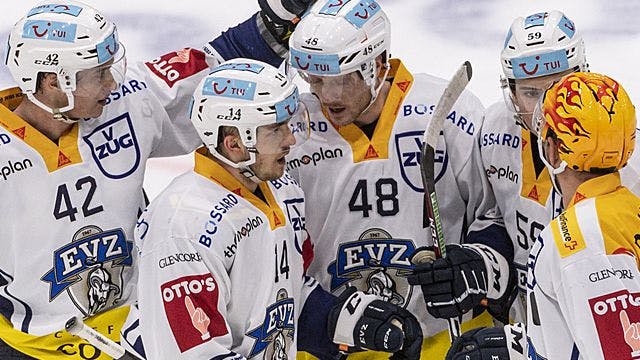 The EV Zug cracks the 100-point mark in the National League. After two defeats, the Central Swiss return to victory 7-5 at Friborg-Gottéron.

Zug now has 101 points – 22 more than second-placed Lausanne. The Vaudois moved up from 6th to 2nd place thanks to a 3-2 win in Geneva against Servette. They overtook ZSC Lions and Friborg tied on points, with Genevans and Lugano one point behind. The LHC is the only team that could still dispute the qualification victory for the EVZ – but the chances to do so are only theoretical.

Bern wins thanks to Startfurioso

Thanks to three goals in the first eight minutes of the derby against the SCL Tigers, SC Bern took another step towards the playoff round of 16. In the end it was 4: 1. The cup winner is ranked 9th in the ranking for the first time since December 3rd, the lead over the eleventh placed Ambri-Piotta is now five points.

After the SCB had played five games last week, coach Mario Kogler released the players on Monday. Whether it was that is an open question, in any case, the Bernese laid the foundation for victory with a startling furiousness. Jesper Olofsson (in the power play) and Tristan Scherwey scored the 1-0 (4th) and 2-0 (5th) within 27 seconds. The 3-0 was scored by Captain Simon Moser with a deflector. More than the 1: 3 (51st), for which Ben Maxwell was responsible, the guests did not succeed in the episode. In the 58th minute, Scherwey made everything clear with his second goal that evening.

After the Langnauer had won the first two duels of the season against the Bernese, they lost for the third time in a row. It was the Emmental’s 19th defeat in their last 21 games.

EV Zug has never lost three games in a row in the current championship and that is also the case after the away game against Friborg-Gottéron. The sovereign leader fell behind after 34 seconds with a goal from Samuel Walser, but in the end he won 7: 5.

The preliminary decision was made in the second period when the Central Swiss team moved away with three goals within 9:57 minutes to 5-2 – Jan Kovar scored the guests’ fifth goal 16.3 seconds before the second siren after a rebound from goalie Reto Berra. The EVZ decided the middle third despite a shot ratio of 8:18 with 3: 1 in its favor. And the 2: 2 (25th) given to Freiburg captain Julien Sprunger was still an own goal by Dario Allenspach.

In the 50th minute, Tobias Geisser gave Zug a 6-3 lead again with three goals. Nevertheless, it got exciting again, as Friborg came up to 5-6 in the 55th minute. With 24 seconds to go, Klingberg put an end to the tremors with his second goal in this game.

Thus, the Zug team also won the third duel of the season against Gottéron, even though they were heavily weakened. Two of the six defensive positions were held by 18-year-old Arno Nussbaumer and 17-year-old Dario Sidler. The team of coach Dan Tangnes celebrated the seventh away win in a row. In general, the EVZ has so far been a force in the current championship on foreign ice – now 19 successes are compared to four defeats.

Remarks: Bern without Blum, Ruefenacht, Sciaroni (all injured) and Neuenschwander (sick), SCL Tigers without Pascal Berger, Blaser, Diem, Earl, Kuonen and Salzgeber (all injured). SCL Tigers from 57:26 to 57:33 without goalkeepers.

Remarks: Friborg-Gottéron without Brodin and Rossi (both injured), Zug without Alatalo, Diaz, Schlumpf, Senteler, Zehnder, Zgraggen (all sick), Hofmann, Hollenstein, Thürkauf, Wüthrich (all injured) and Thorell (surplus foreigners). Friborg-Gottéron from 58:45 to 59:36 without a goalkeeper.

Christmas weather in Germany: “Snow bomb” comes to Munich – one...

This is her top stallion at Gut Wettlkam 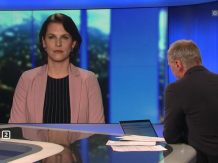