1/10
Small country, big: the Liechtenstein study could mean an important step in the fight against corona.

The Federal Office of Public Health (BAG) did not want to know about protective masks for a long time at the beginning of the corona pandemic. The authority also resisted self-tests – until Federal Councilor Alain Berset (48) spoke up. And after a new corona study was presented on Monday, the Federal Office is again very cautious.

The results could be cause for hope. In many cases, a sensory bracelet from the Zurich company Ava detected an infection two days before the first symptoms appeared. Early detection worked for 71 percent of more than 1,100 test persons in Liechtenstein. The bracelet could be an important step in breaking the chains of infection at an early stage and thus containing the virus.

But the BAG is reserved. “We are constantly monitoring and integrating new scientific findings,” says spokesman Yann Hulmann. Furthermore, the federal authorities do not want to comment on the study results.

The EU is showing great interest

Ava need not worry about the reluctance of the Swiss authorities. Because there are far greater interested parties. After all, after the promising results in Liechtenstein, the EU has already announced a large-scale test with over 20,000 people in the Netherlands.

In fact, Ava believes there is great market potential and is already anticipating enormous demand. “We are currently examining the possibility of working with large companies that could help us develop,” says Maureen Cronin, Head of Health at Ava.

The bracelet measures skin temperature, pulse, breathing and blood flow at night. Around three million measurement data points are generated. Originally the bracelet was developed to recognize the fertile days of women. With a modified algorithm, it should now be able to detect a corona infection based on the data – even before a patient notices it himself. In a next step, the software should inform the wearer of the bracelet about a possible infection at an early stage.

“The goal is to be able to use the findings for everyday use as soon as possible,” says Lorenz Risch, head of the study, to VIEW. At the same time, however, the professor of clinical chemistry at the University of Bern also points out that a few steps are still necessary before the authorities can approve it. “Even if I cannot give a date, we are making great efforts to achieve our goal as quickly as possible.”

Ava managing director and co-founder Lea von Bidder (31) also believes in the great potential of the Corona bracelet: “We are very pleased that our scientific expertise and technology are also effective in the fight against Covid-19,” she says. “We are proud to be able to contribute to overcoming the pandemic.” (dba)

These countries are ahead in terms of public charging infrastructure |...

For the festive season – “Don’t get angry” against Corona frustration...

Start of the new “DSDS” season: Diamonds in the rubble 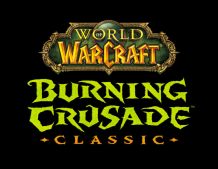 Burning Crusade Classic is leaking ahead of BlizzCon Haar near Munich: vaccination for 81-year-olds refused – district of Munich Apple is pulling the plug on iMac Pro – for now